Rose the Irish Setter here. Last week we were camping near Flagstaff, Arizona. The weather was great–nice and cool. I really enjoyed my afternoon nap under the shade of the tall pine trees. The only thing better is my after-dinner nap in the tent. One morning we got up early and Brian and Dee asked us to get in the SUV. This usually means we are going shopping–BORING! (Unless it’s PetSmart or Petco). But not this time. We drove up to something called a National Park. Not sure what National Park means because when we got through the gate Dee complained there were no Parking spaces left. I guess they can’t call it a “National Drive Around and Try to Park.”

Anyways, when we finally parked at the Park, we found out the place was called The Grand Canyon. 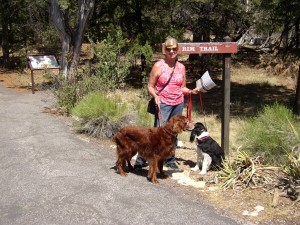 We walked on this long path until we got to the edge of this HUGE, HUGE HOLE IN THE GROUND. 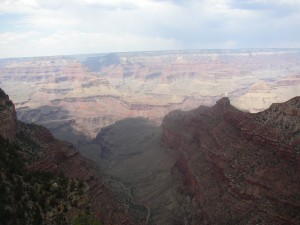 First thing I thought of as I looked into the canyon was: Who Dug That Big Hole? I’ve dug some pretty big holes in Dee’s flower garden, but nothin’ like this. It must’ve taken, like, all the dogs in Arizona to make that hole. And what did they do with all the dirt?

Then Dee said the canyon was dug by this little river that was way down at the bottom of the canyon. That didn’t make any sense to me. I just shook my head. 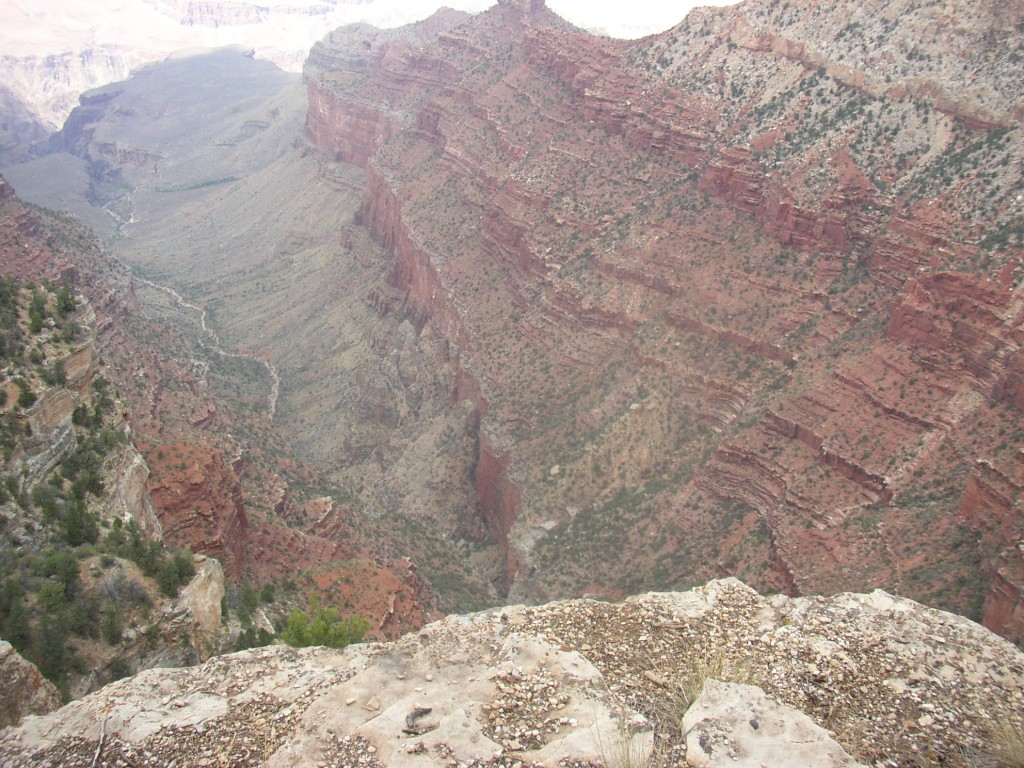 Brian didn’t let me and my friend Kate the Springer Spaniel get too close to the edge because as Brian said, “Kate is a lunatic and might jump over the edge.” “Lunatic” isn’t one of the words I know, but I understood what he meant: Kate does dumb stuff. 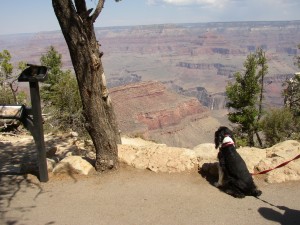 So we stayed away from the edge and walked down this nice path that rimmed the canyon. I got tired but I tried not to show it. As I am getting older I’m afraid they are not going to take me on adventures any more. I don’t want to stay home while everyone else has fun. All I have to do is rest for a few minutes, and then I’m ready to go. A trip wouldn’t be much fun without me…

On the path we saw lots of two-legged lunatics leaving the path and going out to the edge–even climbing out on rock ledges so they could take pictures of each other. This made Brian nervous because he was afraid they were going to fall. People have actually fallen off and been killed, Dee said. Brian stayed way, way back from the edge. He looked kinda scared the whole day. 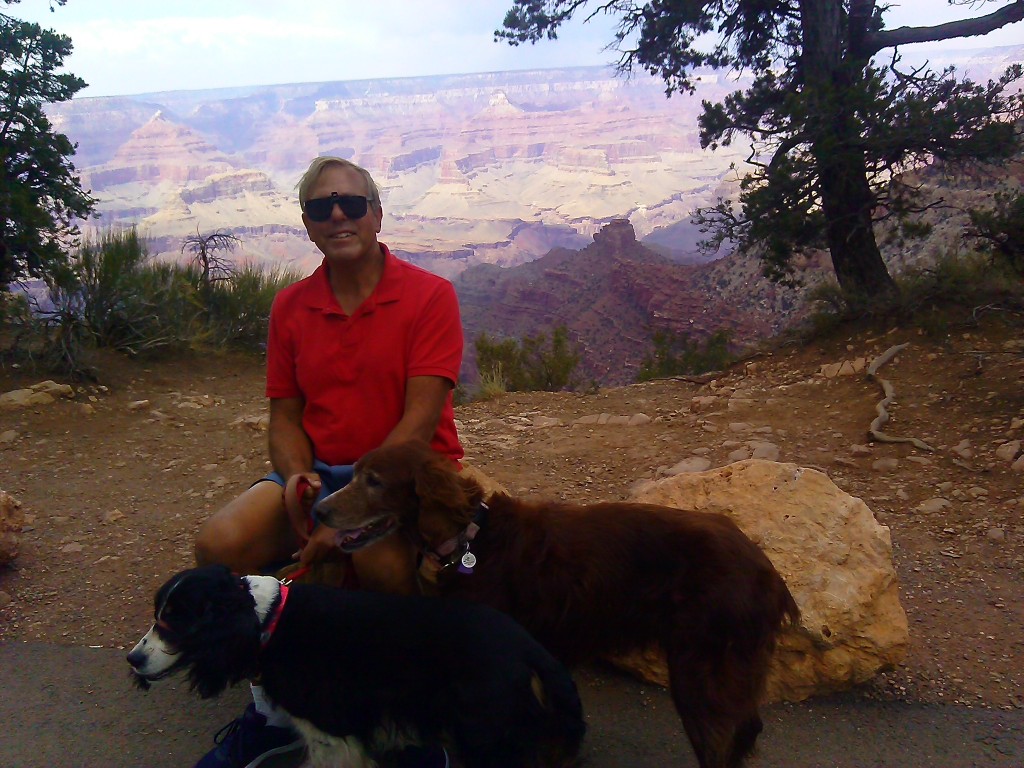 We met lots of people on the trail. There weren’t too many other four-legged companions at the Grand Canyon, so lots of people wanted to meet me and Kate. Mostly me. I never get tired of hearing: “Oh, what a beautiful Irish Setter! Can I pet her?” Kate gets mad when they don’t pay attention to her, but who cares…

Some people asked to take my picture! One even gave me a treat! I like these National Parks. Maybe we can go to another one soon.

So, how did you like the Grand Canyon, my Springer Spaniel friend Kate?
Oh, it was so, so fun Rose. The Canyon was bee-u-teeful! Except when everyone fussed over you. I’m the cutest one after all. And by the way, I’m not a loon-a-tic, whatever that means. I’m just spunky. Wasn’t Dee the one who leaned over the edge to take a picture? 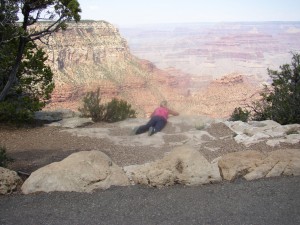 This entry was posted in Rose and Kate Posts. Bookmark the permalink.