Danger in the Desert for Dogs: Critters 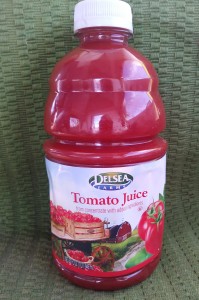 Javelinas are bad news for four-legged companions. They don’t look like much, sorta like pigs. But when they open their mouth they have these big canine teeth. They can’t see very well so they charge first and bite and then think about it later. Mama javelinas are the worst ’cause they think everybody is out to get their babies. Javelinas travel in packs of all females, babies and juvenile males. When the males grow up they go off by themselves.

Don’t think these piggy like animals can’t run fast. They can and do.
We used to go for walks with two Jack Russel terriers. They got chased by javelinas once and got chewed up pretty bad. Terriers are pretty fast but got caught up by the whole pack so there wasn’t any place to run.

Skunks stink. And they live in the desert. We had one at Roosevelt lake that used to come by every early evening. I would bark and he would skitter off. Or maybe he was just going that way anyway. Dee told me that tomato juice makes the stink go away but who wants a tomato juice bath? Not me.

Then we have the assorted rats and mice. The pack rats are the problem because they like to get up in the car engine and make a nest. That wouldn’t be so bad. I mean the nest is messy but the problem is that the pack rats chew up the wires and hoses. That is bad. And expensive.
Kate, The Cute One

This entry was posted in Uncategorized. Bookmark the permalink.